Since its inception in 1783, MINES ParisTech has been forming high-skilled engineers capable of solving complex issues in various fields. Given its top position in contract research in France, MINES ParisTech conducts a significant industry-oriented research activity. Its research fields include energetics and materials, as well as applied mathematics, geoscience and economic and social science. The school also underpins professorship and research chairs to investigate on emerging issues. MINES ParisTech is a founding member of ParisTech, which gathers 12 amongst the most renowned engineering and management schools in Paris. The team in charge of controversy mapping classes is involved in the Forccast Programme. A teaching committee of several researchers and research engineers is charged with the monitoring of the project and the teamwork with the Paris Île-de-France Institute of Complex Systems.

Télécom ParisTech trains digital technologies engineers (consultancy, research and development, management...). Within the MINES-Télécom Institute, the school is a European reference actor in the fields of higher education, research and digital innovation. Télécom ParisTech is a founding member of ParisTech, which gathers 12 amongst the most renowned engineering and management schools in Paris. The school is associated with the Forccast programme through controversy mapping courses. Télécom teachers-researchers specialised in controversy mapping and learning-by-doing specialists are involved, as well as multimedia animation, interactive design and web professionals.

The MicroLycée (MicroHighSchool)-93 is a small public school structure to help students returning to school. It is linked with Germaine Tillion high school (Le Bourget, France). The MicroLycée's purpose is to allow students who prematurely left school to go back in the education system. They can thereby draw up a career plan and prepare their "baccalauréat" (secondary school final exam). The 25 students of "première" year (2nd year) use to carry out their TPE (Personal Supervised Project) as a controversy's mapping. The MicroLycée-93 is a partner with Forccast since the beginning of the program. Each year, the team of Forccast perform an introductive conference at the high school to present the project of mapping controversies. Besides, the students are welcomed several times in Sciences Po's Medialab to be educated to public speaking and to interview's methodology.

Jacques Brel high school (Seine-Saint-Denis, 93) is located at the entrance of an industrial area in La Courneuve (93), on the verge of the municipalities of Dugny and Le Bourget. The establishment is classified as ZEP (Priority Education Zone) and Violence Prevention Zone. 55% of its students are from disadvantaged backgrounds. Within the Priority Education Agreements, the school has been a partner of Sciences Po since 2003. The FORCCAST programme is incorporated within the framework of the students' TPEs (Supervised personal work) and intervenes as an individualised educational support for a class of Year 12 Economic and Social Sciences students. They will present the results of their research and the outcomes of the debates as part of the preliminary Baccalaureate exam (TPEs orals)

The Sourdun (department of Seine-et-Marne, 77) Boarding School of Excellence was opended in 2009. Its establishment was promoted by a political decision at the highest level and confirmed by a Prime Ministerial decree. The initiative was built on the "Espoir Banlieues" (Hope Council Estates) plan, which aimed at fostering equal opportunities by welcoming students from deprived areas and/or covered by grants for social reasons. The teams from the three high schools are mobilised to customise a pedagogical module for Year 12 students. It is a project-based teaching and learning plan conducted over a one-year academic period. The Sourdun teams are also to experiment controversy teaching with one of the establishment's peparatory classes for top-ranking French schools.

The mission of MIT is to advance knowledge and educate students in science, technology and other areas of scholarship that will best serve the nation and the world in the 21st century — whether the focus is cancer, energy, economics or literature.Like the other universities in the consortium, MIT has its own mapping controversies course and the partnership on the Forccast project gives the perfect opportunity for exchanges.

The EPFL is the technical most cosmopolitan university in Europe. It welcomes students, teachers and associates of some 120 different nationalities. The institution has both a Swiss and international outlook. In this respect, it is driven by an ongoing concern for inclusiveness. The academic, research and partnership assignments draw on all fields and walks of life : universities and engineering schools, developing and emerging countries, high schools and senior high schools, industries and economics, political circles and general public. the EPFL is one of Forccast's international academic collaborators. The partnership builds up the EPFL's dissemination potential and contibutes to deepening links towards a European area of higher education.

The Institut des Systèmes Complexes - Paris Île-de-France (ISC-PIF - Institute of Complex Systems) brings together researchers with various ranges of expertise and willing to work on complex systems collaboratively. The ISC-PIF is the beachhead of a network that gathers all academic and private actors involved in the science of complex systems. It generates new links beyond the bounds of laboratories and R&D centres. In partnership with Sciences Po and the Rhône Alpes region ISC, the ISC-PIF works alongside Forccast on the development of digital tools and systems necessary to the project, but also on quali-quantitative educational tools.

The Institut des Systèmes Complexes (Institute of Complex Systems) - Rhône Alpes or IXXI is not a laboratory but a small structure that fosters cross-disciplinary research in complex systems modelling. The areas of application include biological or social systems and technological systems. The IXXI follows a four-step plan to help set up cross-disciplinay teams: community leadership, support for raising projects, research fellows appointment and education. The IXXI works collaboratively with Sciences Po and the ISC-PIF on the development of educational digital tools and systems necessary for the consolidation of the Forccast programme's methodology.

The Ponts ParisTech school was created by French engineer Daniel-Charles Trudaine. This leading French school forms high potential engineers and skilled managers-to-be with scientific and technical profiles, soon faced with current and future societal challenges. This humain-sized institution welcomes students and teachers of many nationalities in a cross-disciplinary and multicultural atmosphere. Ponts ParisTech is supervised by the Ministry of Ecology, Sustainable Development and Energy. 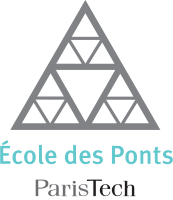 The Germaine Tillion high school opened on September 2015 at Le Bourget (France). The teaching of Controversies Mapping was part of its project. Each year, around 150 students in general "première" (second year of high school) carry out a controversy review, as part of their "TPE" (Personal Supervised Projects). Thereby, the education team of Germaine Tillion has deployed what was experimented at MicroLycée 93, which takes place in the same premises.